We got up early as it was kind of brutal sleeping in a common dorm room with 50 people. By 6:00 am, we made a start to beat the heat of the day and climbed back up the steep hill out of the Marin Highlands and through the tunnel. It was very cool to cross the Golden Gate Bridge as the sun was coming up and make our way into the quiet residential streets of San Francisco.

By the time we transited through the city and headed out through the Dan Leckie tunnel the temperature was hot, almost 100 degrees fahrenheit and the crowds were trying to escape the city in their autos!  The traffic was brutal – but we ended up making it to the packed Half Moon Bay State Beach in time to snag a Hike & Bike spot in the communal area.  Where we headed into the town of Half Moon Bay and grabbed some beers and food for supper. 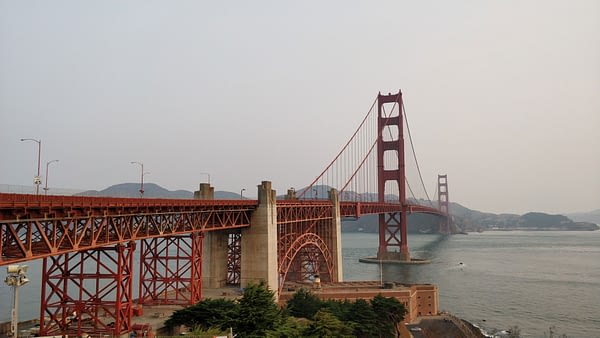 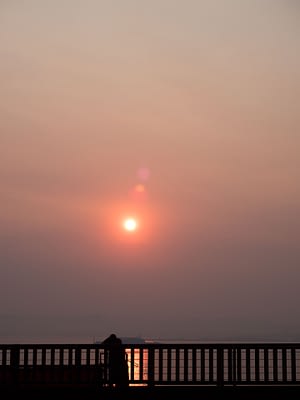 Sunrise on the Bridge 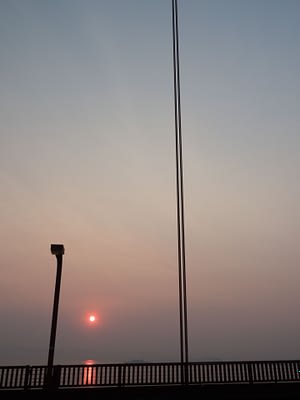 Sunrise over the Golden Gate 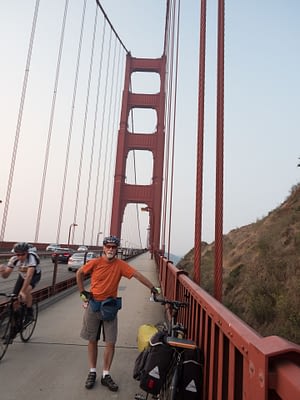 Jon at the Bridge 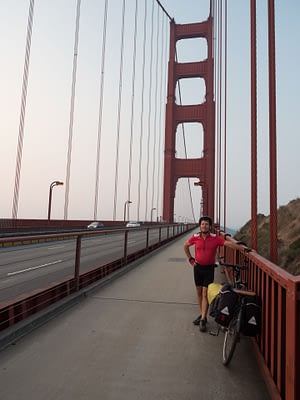 Bikes always whipping past... watch out! 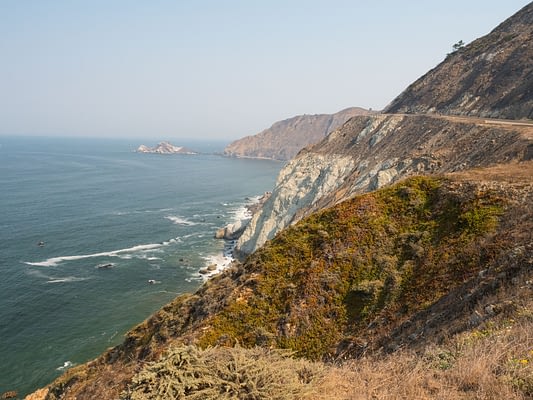 On the coast above San Francisco past the Tom Lantos Tunnel. 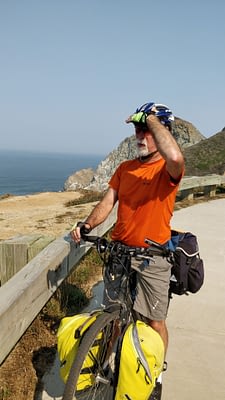 Where are we going? 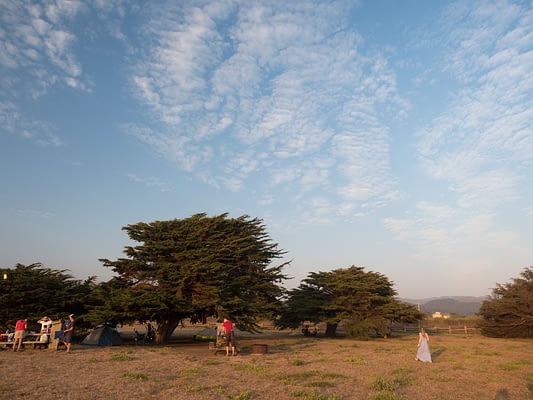 Hike and Bike Camp at Half Moon Bay

A few squatters (i.e. - no bikes) were there but we managed to find space below the trees. 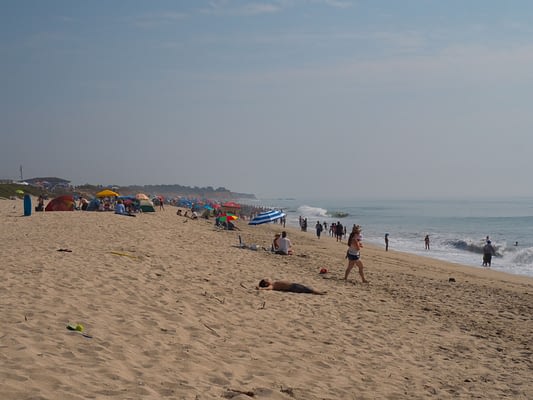 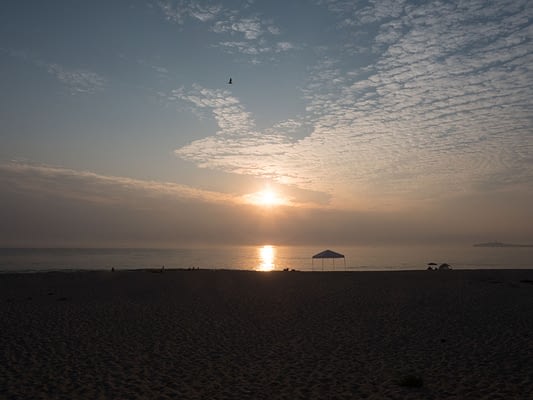 Sunset on Half Moon Bay

Peaceful beach at sunset. Jon is already in his tent.