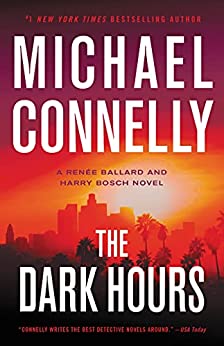 Category: Books
Author: Michael Connelly
A dangerous killer strikes on New Year's Eve and Detective Renée Ballard and Harry Bosch team up to find justice for an innocent victim in this thriller from #1 New York Times bestselling author Michael Connelly. There's chaos in Hollywood on New Year's Eve. Working her graveyard shift, LAPD Detective Renée Ballard seeks shelter at the end of the countdown to wait out the traditional rain of lead as hundreds of revelers shoot their guns into the air. As reports start to roll in of shattered windshields and other damage, Ballard is called to a scene where a hardworking auto shop owner has been fatally hit by a bullet in the middle of a crowded street party. It doesn't take long for Ballard to determine that the deadly bullet could not have fallen from the sky. Ballard's investigation leads her to look into another unsolved murder--a case at one time worked by Detective Harry Bosch. Ballard and Bosch team up once again to find out where the old and new cases intersect. All the while they must look over their shoulders. The killer who has stayed undetected for so long knows they are coming after him.