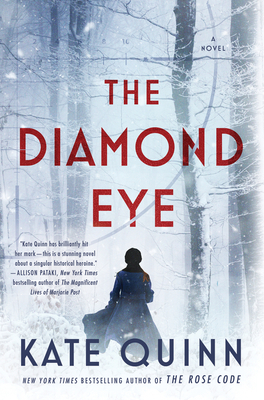 Category: Books
Author: Kate Quinn
In the city of Kiev, Mila Pavlichenko organizes her life around her library job - but Hitler's invasion of Russia sends her on a different path. Given a rifle and sent to join the fight, Mila must forge herself from studious girl to deadly sniper - a lethal hunter of Nazis known as Lady Death. Still reeling from war wounds, Mila finds herself isolated and lonely in Washington, DC. But when an old enemy from Mila's past joins forces with a deadly new foe lurking in the shadows, Lady Death finds herself battling her own demons and enemy bullets in the deadliest duel of her life. Based on a true story. Print run 200,000.