The Hard Sell: Crime and Punishment at an Opioid Startup 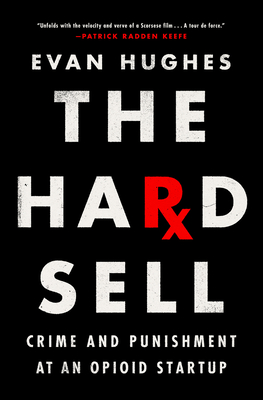 Category: Books
Author: Evan Hughes
The blistering inside story of a startup that made millions pushing opioids--until its cutthroat tactics were exposed and its executives put behind bars John Kapoor had amassed a small fortune in pharmaceuticals when he conceived of a new product. It was the 2000s, and opioids were big business. If Kapoor, an immigrant and the billionaire founder of Insys, could find a new way to administer the highly potent fentanyl, he could patent his invention and sell it to those in need--at a steep price. The only problem: There weren't enough people in need. Kapoor's drug was approved for breakthrough cancer pain. If Subsys was going to turn a profit, the company would need to persuade doctors to prescribe it "off-label," for other, lesser forms of pain. This is the story of how Insys turned a niche drug into big business. With executives leading the charge, Insys sales reps seduced doctors with charm, money, and sex. Its administrators lied to health care providers, claiming recipients had cancer when they did not. It pushed drugs onto patients that would have benefited from safer options, or no drugs at all. The strategy worked: When Insys went public, it notched the biggest IPO of its year. But several employees reached their limit and quietly blew the whistle, bringing the full force of the justice system upon the drug maker. In The Hard Sell, author and National Magazine Award-finalist Evan Hughes lays bare the pharma playbook. He shows how drug makers like Insys, fueled by greed and a hunger for market share, turn deception into profit. The book represents a stunning vindication, but also a cautionary tale. As Hughes shows, Insys didn't do anything its competitors weren't also doing. It was simply worse at covering its tracks.