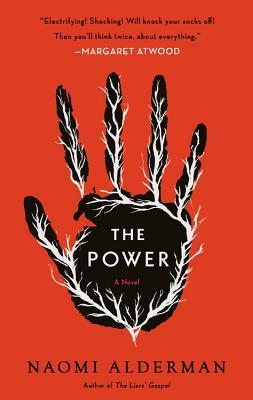 Author: Naomi Alderman
Publisher: Little Brown and Company
One of the New York Times's Ten Best Books of 2017A Los Angeles Times Best Book of 2017One of the Washington Post's Ten Best Books of 2017An NPR Best Book of 2017One of Entertainment Weekly's Ten Best Books of 2017A Bustle Best Book of 2017A Paste Magazine Best Novel of 2017A San Francisco Chronicle Best Book of 2017Winner of the Baileys Women's Prize for Fiction One of President Obama's favorite reads of 2017 "The Power is our era's The Handmaid's Tale." --Ron Charles, Washington Post "Novels based on premises like the one at the core of The Power can quickly become little more than thought experiments, but Alderman dodges this trap deftly -- her writing is beautiful, and her intelligence seems almost limitless. She also has a pitch-dark sense of humor that she wields perfectly." --Michael Schaub, NPR A New York Times Book Review Editors' Choice An Amazon Best Book of 2017 **WINNER OF THE 2017 BAILEYS WOMEN'S PRIZE FOR FICTION** What would happen if women suddenly possessed a fierce new power? In THE POWER, the world is a recognizable place: there's a rich Nigerian boy who lounges around the family pool; a foster kid whose religious parents hide their true nature; an ambitious American politician; a tough London girl from a tricky family. But then a vital new force takes root and flourishes, causing their lives to converge with devastating effect. Teenage girls now have immense physical power--they can cause agonizing pain and even death. And, with this small twist of nature, the world drastically resets. From award-winning author Naomi Alderman, THE POWER is speculative fiction at its most ambitious and provocative, at once taking us on a thrilling journey to an alternate reality, and exposing our own world in bold and surprising ways.