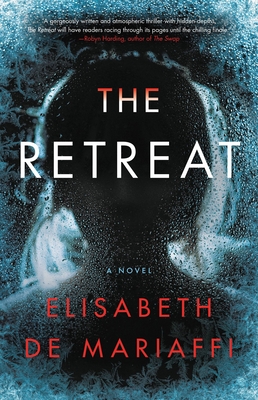 Author: Elisabeth de Mariaffi
The Hunting Party meets The Shining in this chilling literary thriller, in which a dancer arrives at a remote mountain retreat hoping for artistic inspiration--only to find it's disaster that strikes when an avalanche traps her among six strangers who begin, one by one, to meet unspeakable ends. Everyone's been keeping secrets . . . Maeve Martin arrives at the High Water Center for the Arts determined to do one thing: launch her own dance company. A former principal dancer and mother of two, at only thirty-four, time is running out for Maeve to find her feet again after the collapse of a disastrous--and violent--marriage. At first, there's a thrill to being on her own for the first time in years, isolated in the beauty of a snowy mountain lodge. But when an avalanche traps the guests inside, tensions begin to run high. Help is coming, so they just have to hold on--right? But as the days pass, strange deaths befall the others one by one. Soon Maeve must face how little she knows about anyone there . . . and how useless a locked door is if the darkness is already inside.