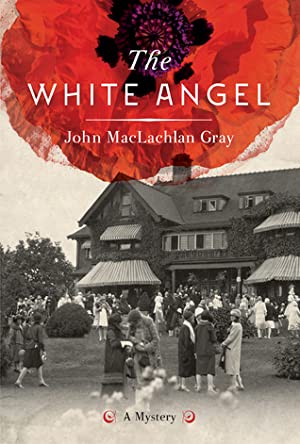 Author: John MacLachlan Gray
Publisher: Douglas McIntyre
Vancouver is in an uproar over the death by gunshot of a Scottish nanny, Janet Stewart. An almost deliberately ham-handed police investigation has Constable Hook suspecting a cover-up. The powerful United Council of Scottish Societies is demanding an inquiry. The killing has become a political issue with an election not far away. The city is buzzing with rumours. Miss Stewart's fellow nannies have accused the Chinese houseboy of murder, capitalizing on a wave of anti-Chinese propaganda led by the Asian Exclusion League and enthusiastically supported by the sensational press--not to mention the Ku Klux Klan, which has taken up residence in upperclass Shaughnessy. The White Angel is a work of fiction inspired by the cold case of Janet Smith, who, on July 26, 1924, was found dead in her employer's posh Shaughnessy Heights mansion. A dubious investigation led to the even more dubious conclusion that Smith died by suicide. After a public outcry, the case was re-examined and it was decided that Smith was in fact murdered; but no one was ever convicted, though suspects abounded--from an infatuated Chinese houseboy to a drug-smuggling ring, devil-worshippers from the United States, or perhaps even the Prince of Wales. For Vancouver, the killing created a situation analogous to lifting a large flat rock to expose the creatures hiding underneath. An exploration of true crime through a literary lens, The White Angel draws an artful portrait of Vancouver in 1924 in all its opium-hazed, smog-choked, rain-soaked glory--accurate, insightful and darkly droll.